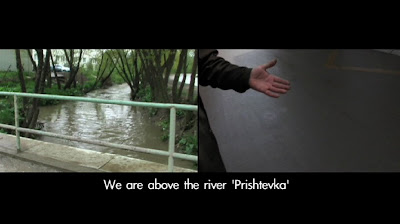 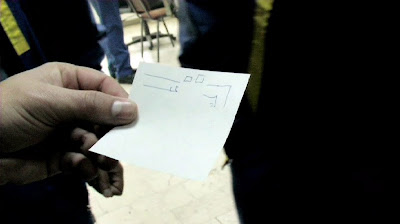 “Blue wall red door” documentary film aims at analyzing the way of how people in Prishtina orient themselves, and what is for them the main object or building which they use for their orientation. The street names are definitely not the way people in that town orient themselves.
Since the last decade, street names were changed many times and today it seems like nobody is oriented by the street names.
This can be more noticed when the authors ask from a taxi company to drive us to a certain street or to take us to a certain place, and in case you give them the exact address with the street name and the number of the building, you have to give more explanation like near what other building is the place, or who is the famous person who lives there (mainly it is related to the important or public faces).
Of course this happens not only when one deals with taxi drivers but also this is the case even in the social gatherings and other public interactions.
It is always the case that one has to mention some kind of building or known public figure in order explain the place of the meeting, but never the name of the street or the number of the building.
The biggest challenge for our society is when someone (and it is usually foreigners) with a map in his or her hands asks, “Where is this street or how can I get to this street”.
The difficulties start in the moment when rarely anyone can direct the other to the place with the exact address, apart from the neighborhood of the city. http://vimeo.com/16841821
Posted by Aban Muja at 7:55 AM

Alban,I'm very eager to this movie, sounds like a fascinating topic! Is it out yet on DVD?

Dear Ajkuna,
is it already in DVD but only for non commercial screening,