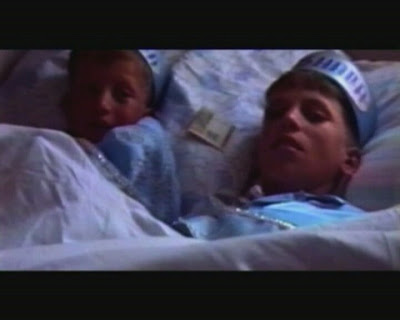 The idea of this video was supposed to be the regime that we are currently facing, but then it turned out being a double regime. Two boys, in this case my young cousins, must agree with the tradition of circumcision ceremony that satisfies the whole family but not them; the whole ritual confuses them. In this video I have presented two stories; that of a surgeon, who left the  profession to become a prime minister, and that of an Imam who sings for the  boys which are again facing a regime – in this case the religious one. Many years ago I have been also circumcised.  I bought a bicycle with the money that I earned from the ceremony. Maybe this is the only chance when the kids get money for the use of their personal requests.