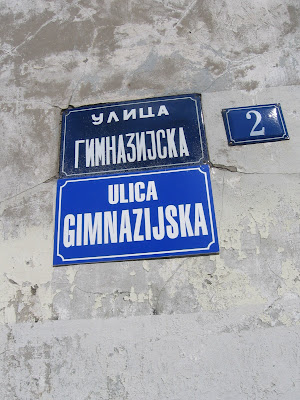 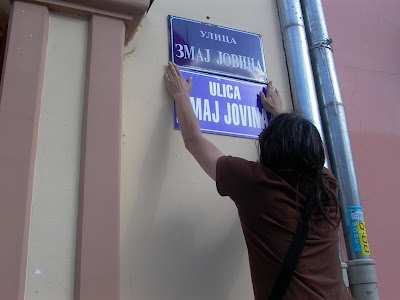 With the changes of ascendancies in Balkans the political changes happened quite frequently towards the society which was not of the same nationality as the one of the effective politics. Hence, this action of mine, came during the time of his residency in Novi Sad (Vojvodina), Serbia.The city was then leaded by a radical political force, which has changed even the names of the streets, writing them only in Cyrillic, while adjusting them only with their radical solicitations, respectfully with the alphabet easy understandable just for a part of town community. Preliminarily those street name tables, as anything else, were written into two and some case in three languages, while showing its multi-ethnicity and not its radicalism, as the city leaders were, which in a paradoxical way came to power. I undertook his action in the main city streets, while converting their names into Latin writing, for all the people which don’t understand Cyrillic writing, while making the orientation much easier for the tourists visiting the city. I disposed tables in some of the main streets of the city, and meantime some were damaged just a few hours after the action